Well I uded F-Secure for one whole day. Than it expired. LoL.

Without any warning I lost any protection just one day after paying for it. 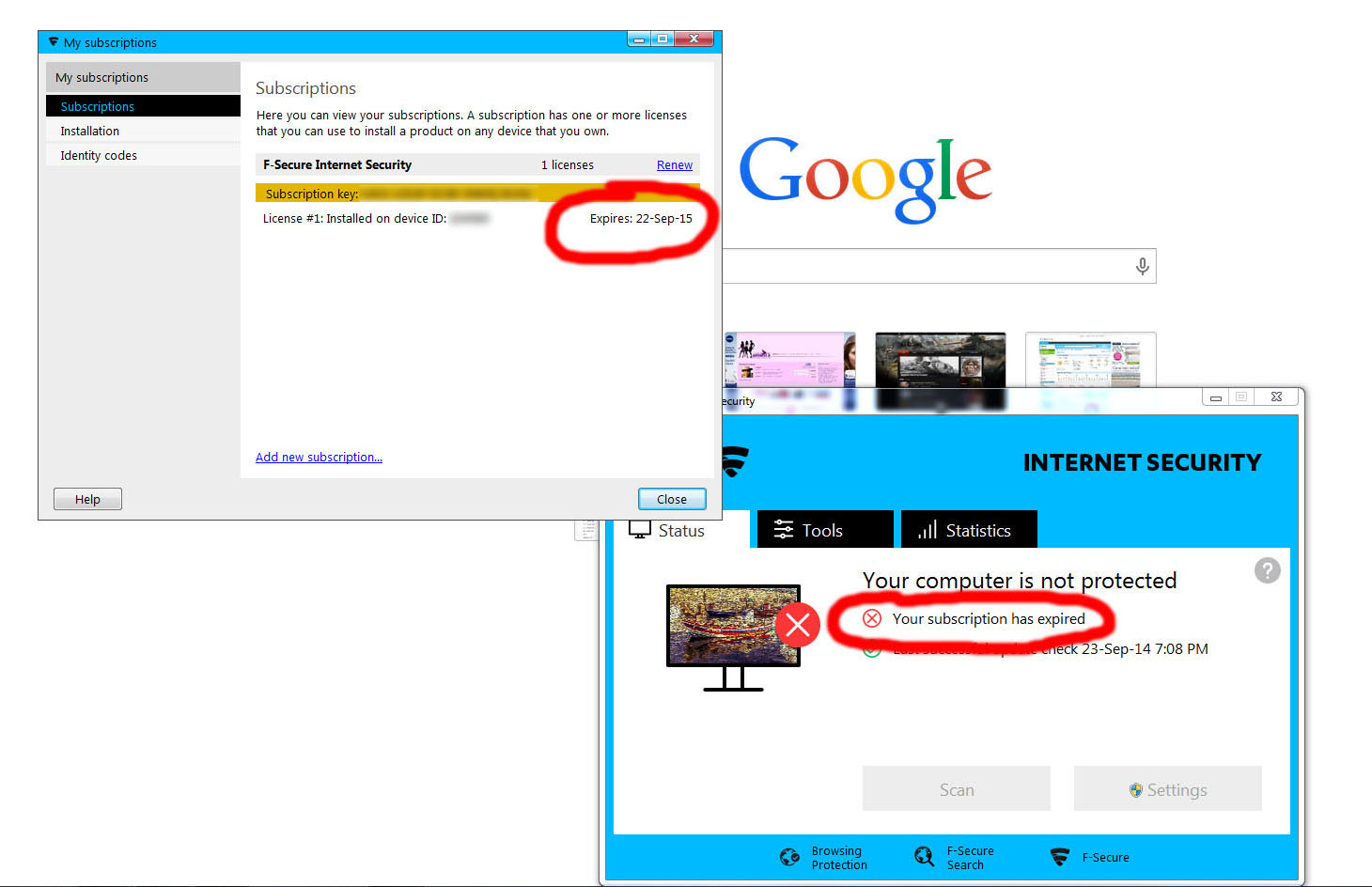