This is extremely strange - on my daughter's pc which is protected under my subscription, she has at least 25 instances of "F-Secure plugin hosting service" appearing in her task manager. (See attached screenshot).

1 - she's done a complete shut down and restart - didn't solve it.

2 - she checked for updates, it says it's totally up to date

3 - yes, her windows is completely up to date, short of upgrading to win11 which she has not done. She is using Windows 10 Home.

Help?? I just checked my pc (I'm on windows pro) and I don't have the same thing happening, so perhaps it's something with Win 10 home?

Suggestions? At some points it has had her cpu at 100%. 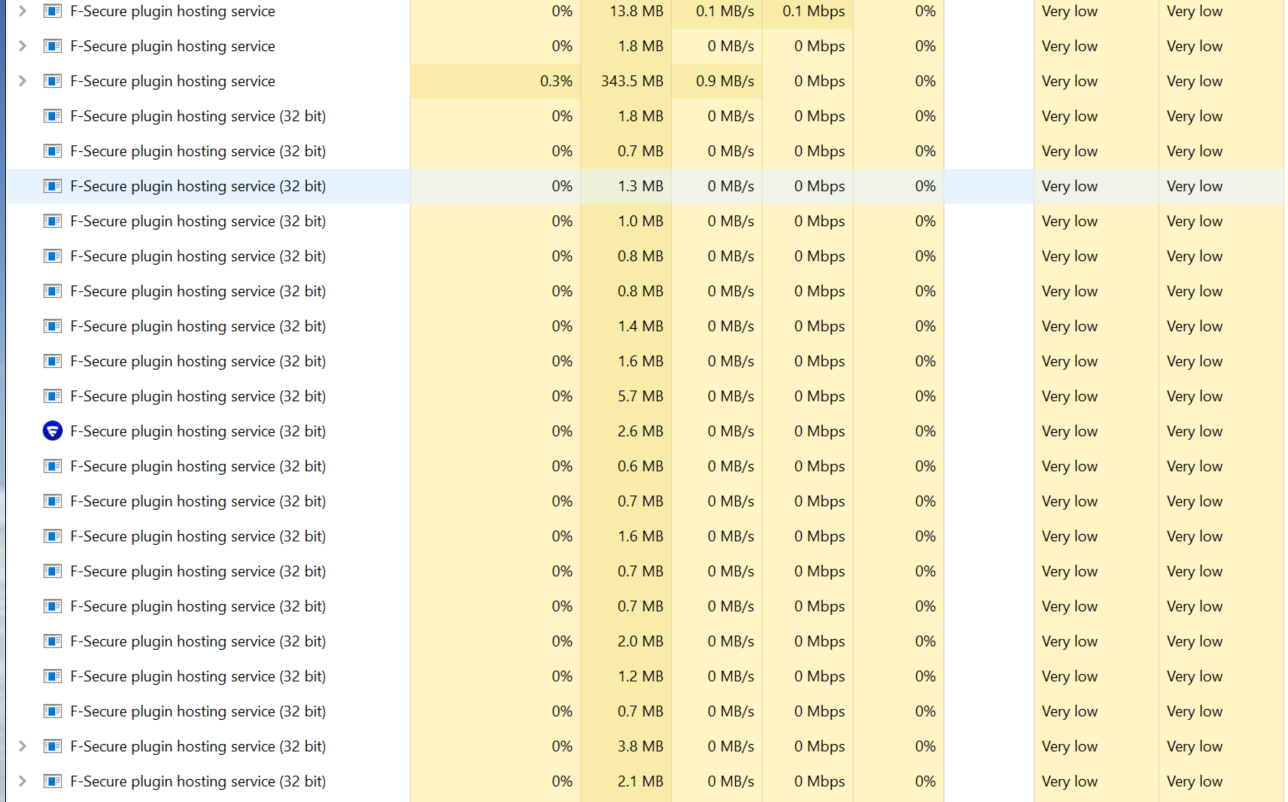