How many devices for TP?

On how many devices can I install TP? 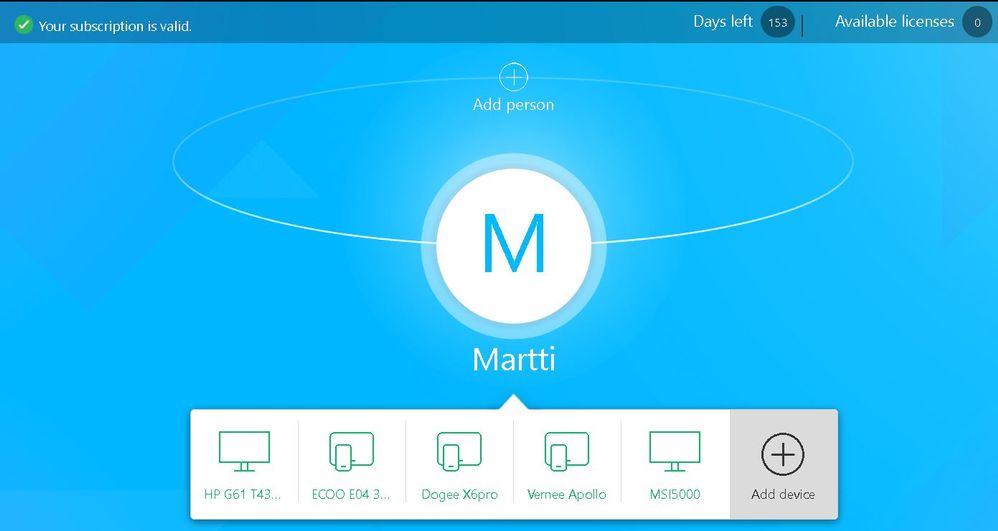 I was under the impression I can install it on 3 PC's and 3 Android devices.

If that is correct what might be taking my third PC?

HP and MSI are PC and the others Android phones.