I was using Eset Smart security for last 5-6 yrs and never faced any problem & jst for change i brought F-secure internet security cd.

First of all when i tried to install f secure IS using cd, was surprised to find that they didn't provide offline installer.I had never came acrossd such thing earlier.

So i carried on with the F secure online installer which every time stuck at 31% & ultimately close saying no internet connection..

After i googled that problem and came across many solution.Then i updated my windows with all the patches and tried another shot at f secure.

AHH..atleast it installed now...but new surprise not a single antivirus componet working...unable to scan any file ....

Tried to update ..yeah it updated may engine like Deepguard,Gerimi,antivirus,hydra...but still unable to scan file. 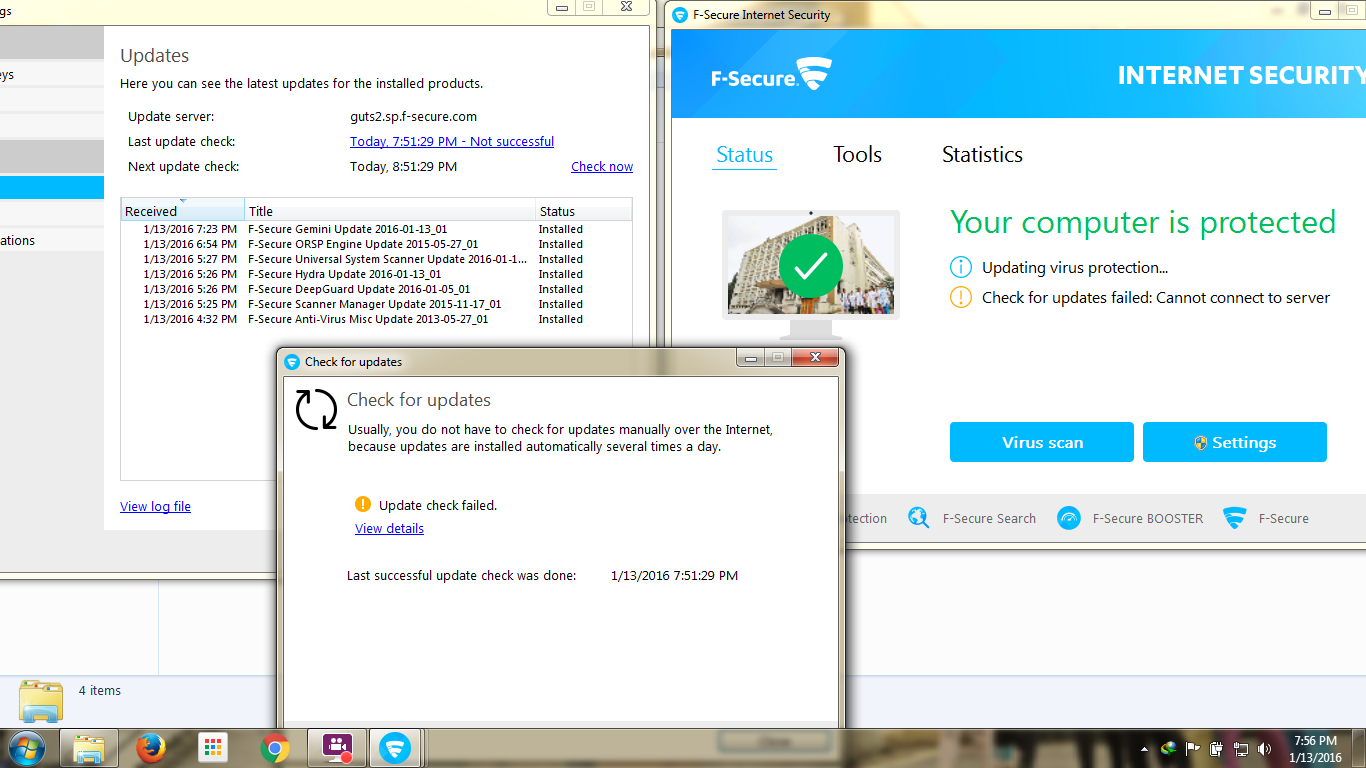