When you're trying out a non-common or unknown software and it tries to connect to internet, Deepguard forces you to allow and trust it in order to keep using it. So if you want to continue using it you're indirectly forced to allow its connections. However, as long as the unknown software doesn't try to make internet connections, then everything's OK! You won't get prompted and asked if you trust or want to block it.

This applies to software that Deepguard has identified as "The file’s status as clean or malicious is still unknown" (a type D in Deepguard).

There's lots of great unknown programs on the internet that maybe only has a couple of thousand people using it. I think Deepguard should give us the option of trying those out in a safer way before we can decide if we trust them or not. A solution to this would be an option of blocking them from making connections. Example: 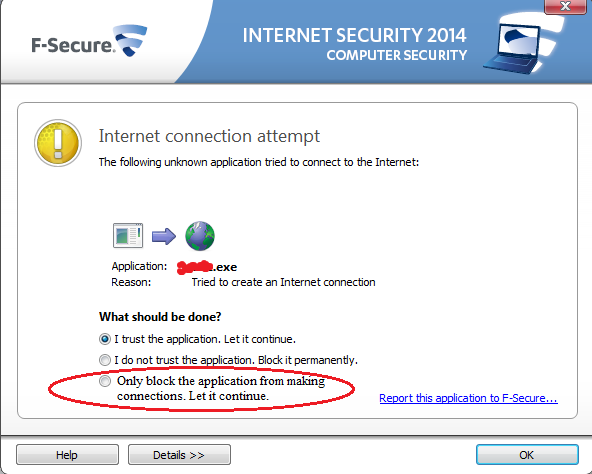 In the Deepguard settings "Change application permissions..." there's currently only 2 options, Allow or Block. The 3rd option could be: "Block connections"