Having run the F-Secure Health Check, it is reporting that I have no computer security!  I'm running the latest Beta (TP99.5), which reports that it is running and that my computer is protected.  I have also discovered that Windows Defended has been turned off, and I receive an error message when trying to enable it.  Is this something F-Secure has done? 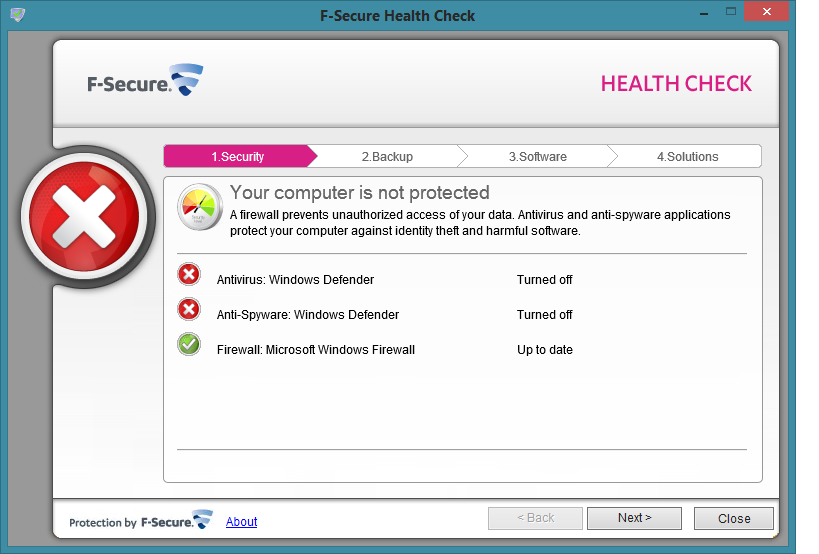 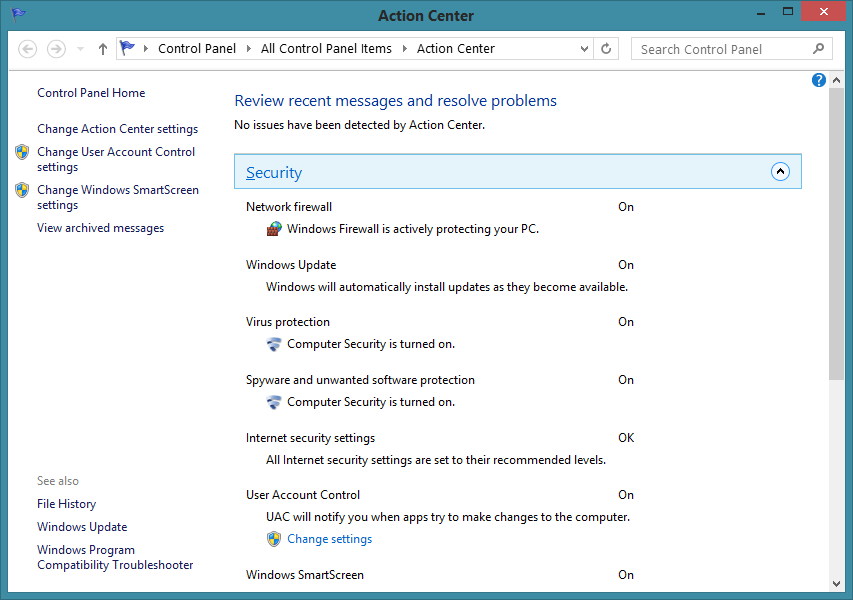 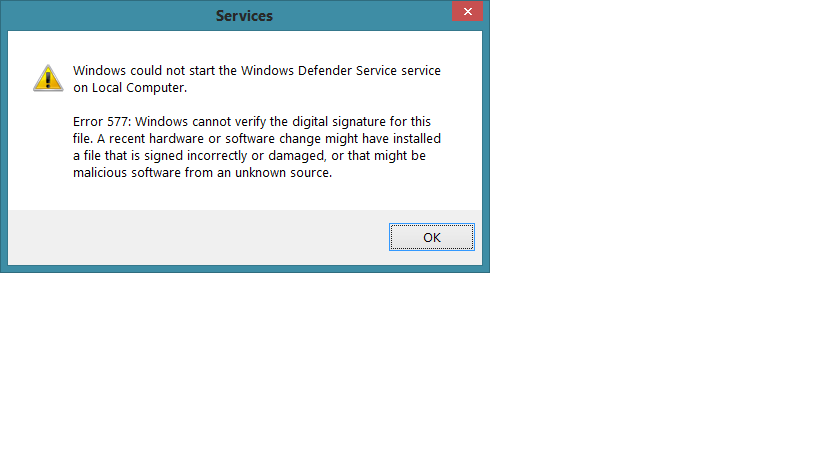