It has been a few weeks since I started experiencing problems with the IP addresses of Freedome. I use my VPN all the time, am based in Switzerland, thus my VPN goes through some IP range in Zurich. Certain web sites would refuse my connections based on "excessive activity" coming from my IP address. They meant, the IP address from the VPN endpoint in Zurich. Today, I wanted to connect to various airlines to book plane tickets for fall and winter 2020, and systematically I got rejected. So I switched to endpoint Falkenstein (Germany) and got plenty of CAPTCHA challenges and other stuff to keep me away from those sites (see pics).

I certainly don't do multiple connections to web sites, I don't try to spider them, I don't do anything that is not entirely normal for a human user, so I don't think it is my web surfing that is causing problems. I use Firefox 80.0 on Win10 and I do use a few plugins, but I had them installed long before such problems appeared.

From the banning pages I surmise someone has been abusing the Freedome VPN so massively that all Freedome IP ranges are now blacklisted as belonging to spammers or bots.

Can F-Secure please look into that? As for now, I am turning my VPN off. 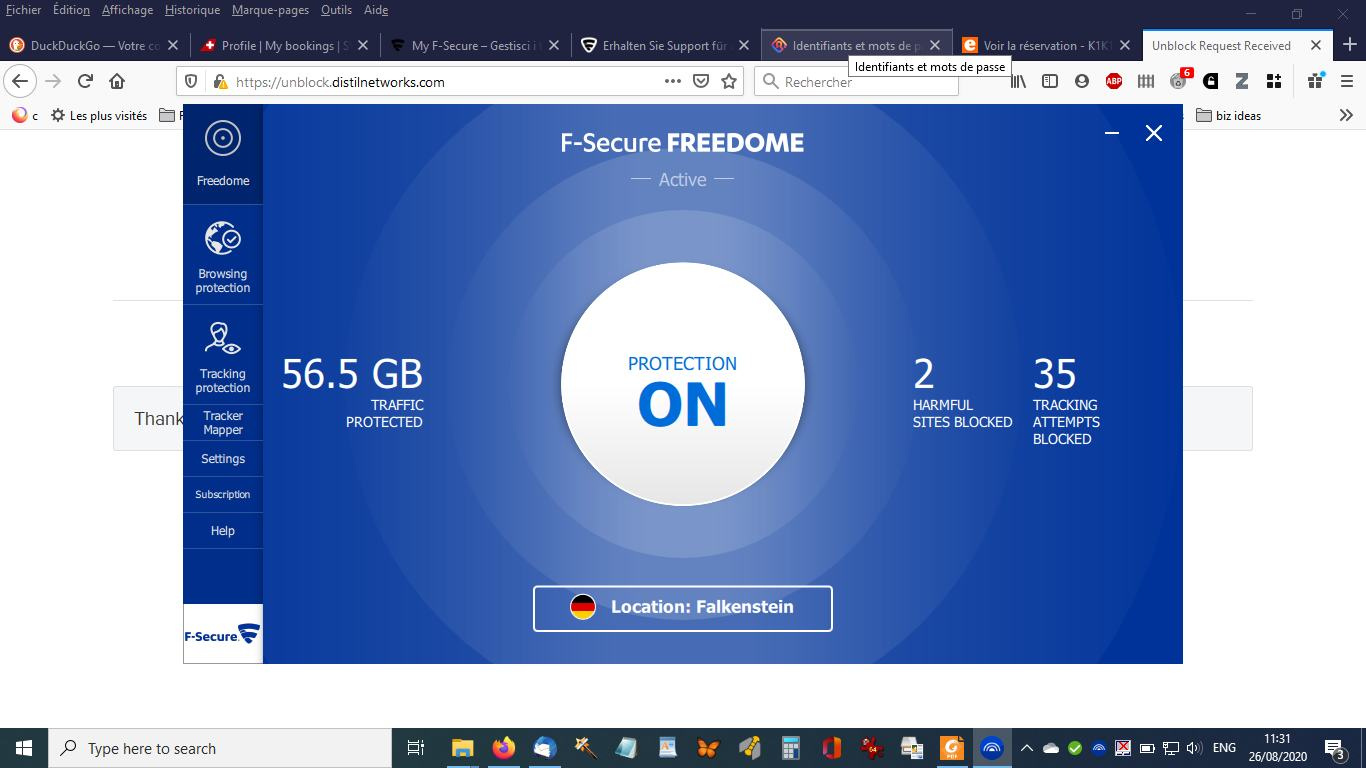 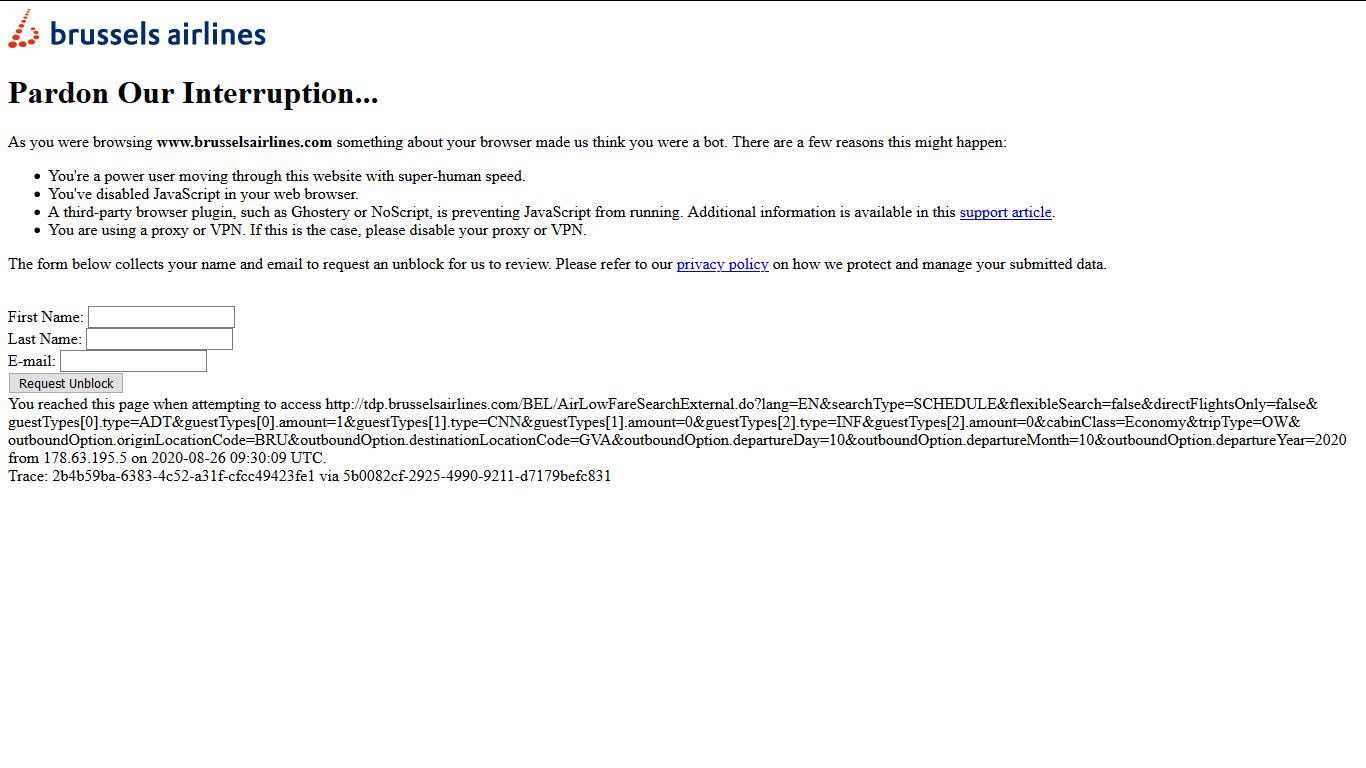 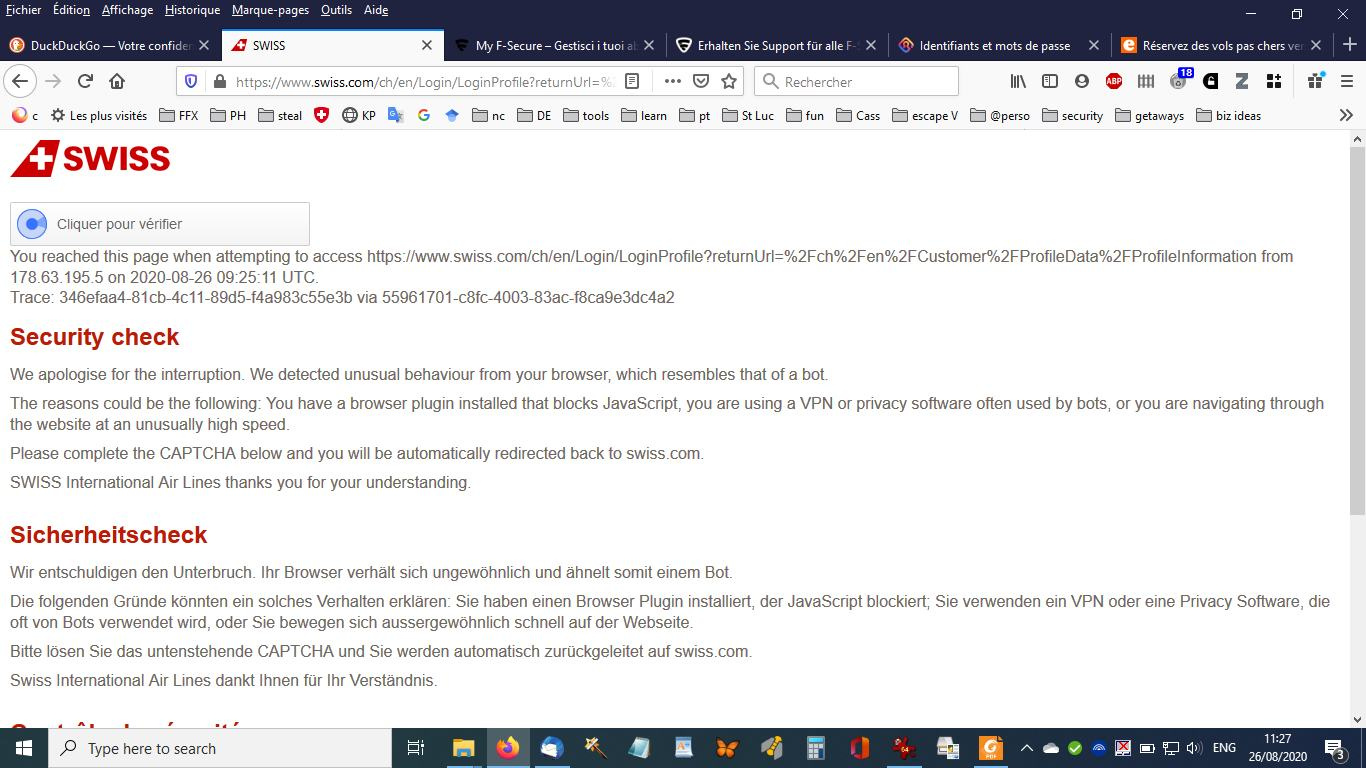